In December 2015 a good friend gave me her old warp weighted loom, these photos document the adventure of learning to set it up, warp it, and weave with it.

I started with a tablet woven starting boarder displayed here: 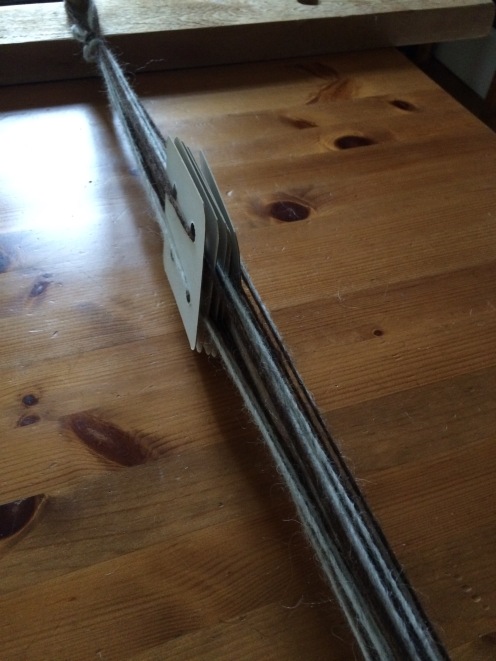 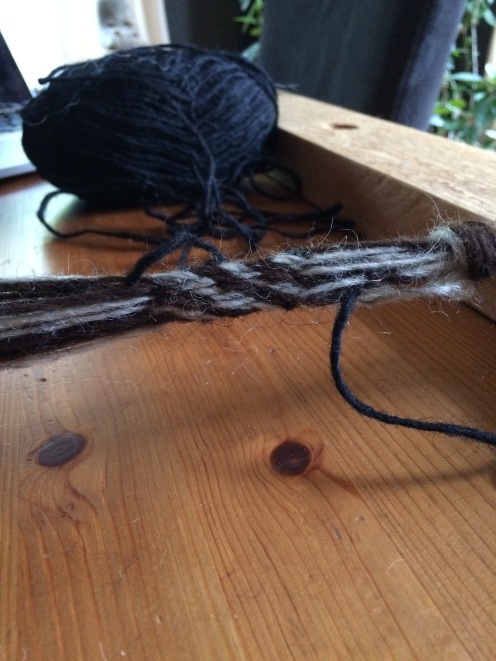 With a tablet woven starting boarder the weft becomes the warp on the loom and I had to stretch the warps out as displayed above. 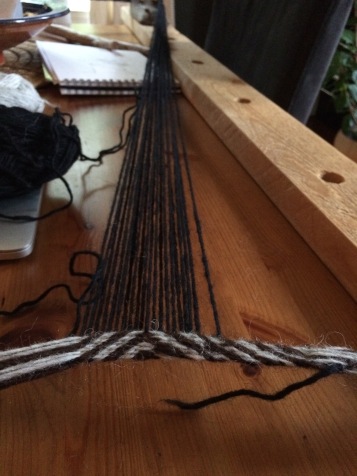 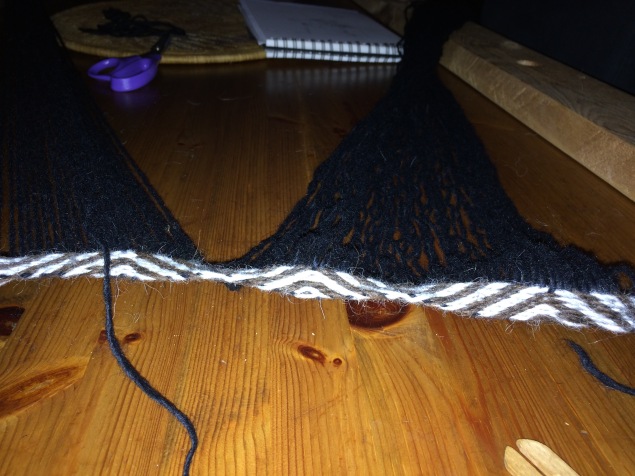 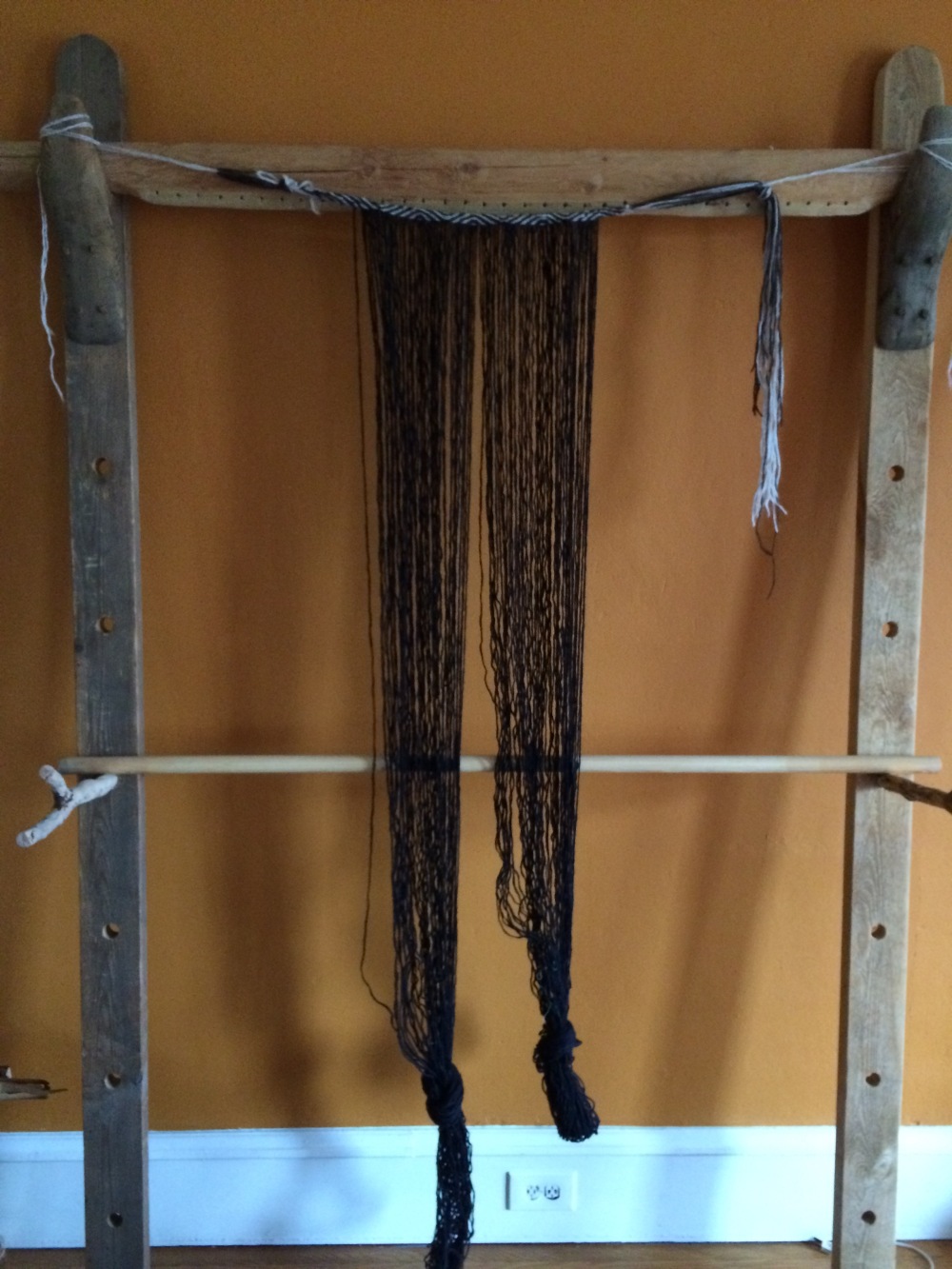 I used Icelandic rocks as loom weights. This is in keeping with what was done in Viking Age and Medieval Iceland. Certain beaches in Iceland have these perforated basalt stones, such as the one under Esja, they are also found on the island of Videy just off the cost from Reykjavik. 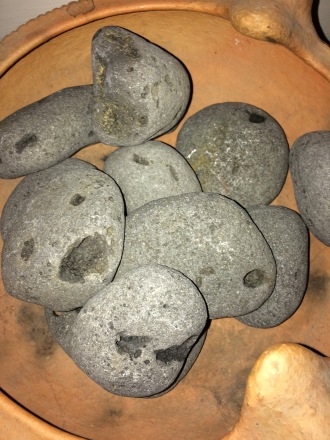 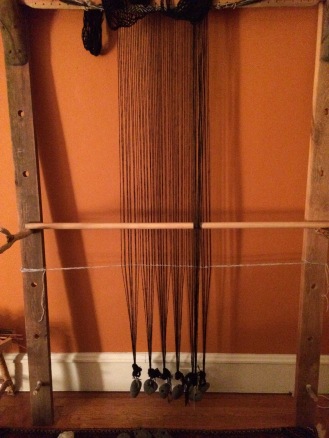 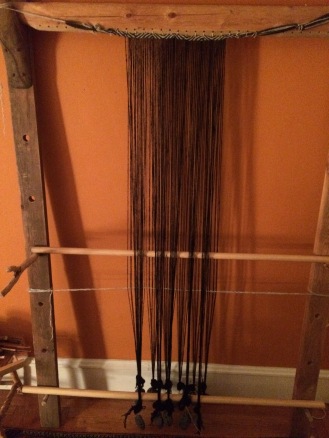 Finally the more complicated parts knitting the warps and separating them with one of the lower heddle rods and then knitting the heddles which took me far longer than all the rest. 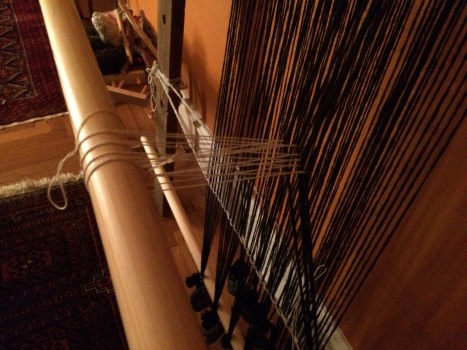 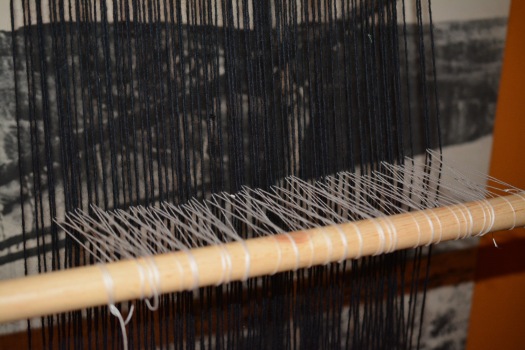 and weaving at last. 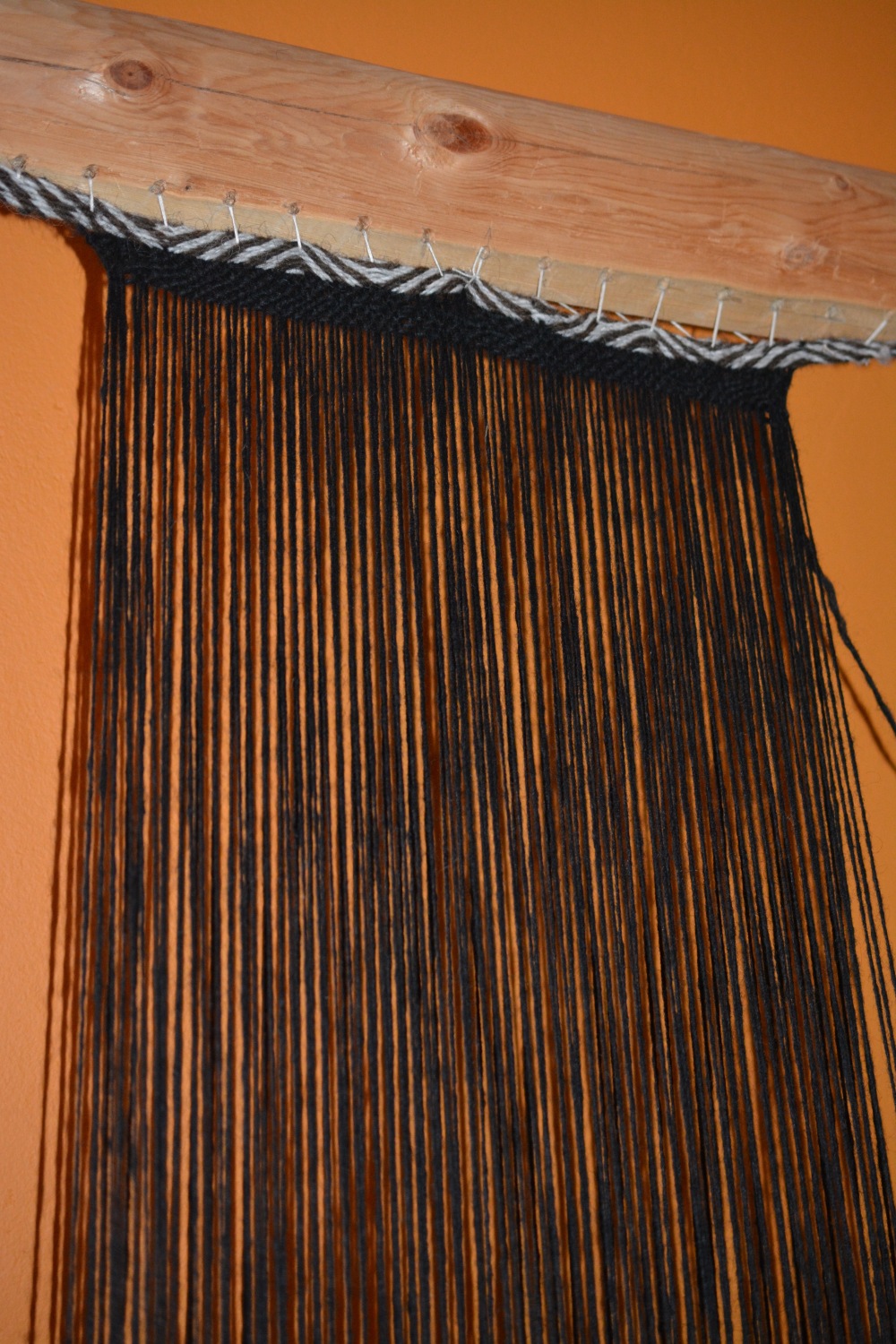