From March 15th to 19th, 2018 I travelled to New York city to visit an old friend and artist, Dara Oshin and was given the opportunity to meet artist, Anne Mourier, known for her sculpture, collage and photography and more recently for working on female issues and textiles. http://www.annemourier.com.

Discussions with Anne in her studio about one of her recent performance pieces involving textiles.

Originally from Normandy, Anne has a deep regard for all things relating to Norse and ancient Scandinavian cultures. Anne is also affiliated with the Invisible Dog Art Center 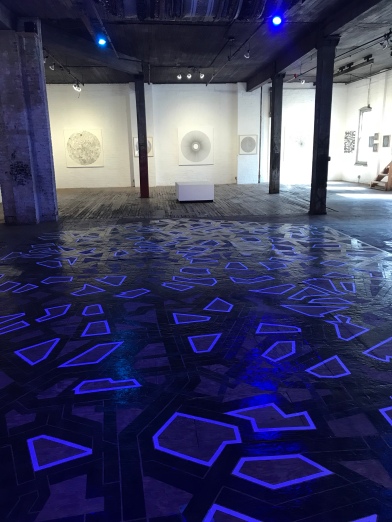 in Brooklyn. Following our meeting and discussions of the Northern Women Arts Collaborative she approached the gallery owner about doing the NWAC’s first workshop and collaboration between social scientists and artist, followed by an exhibit, at that gallery. Of course, with Anne, we talked mostly textiles, with my own research focus on cloth in the Norse colonies of the North Atlantic.

After this serendipitous meeting we wandered around Brooklyn and Manhattan the 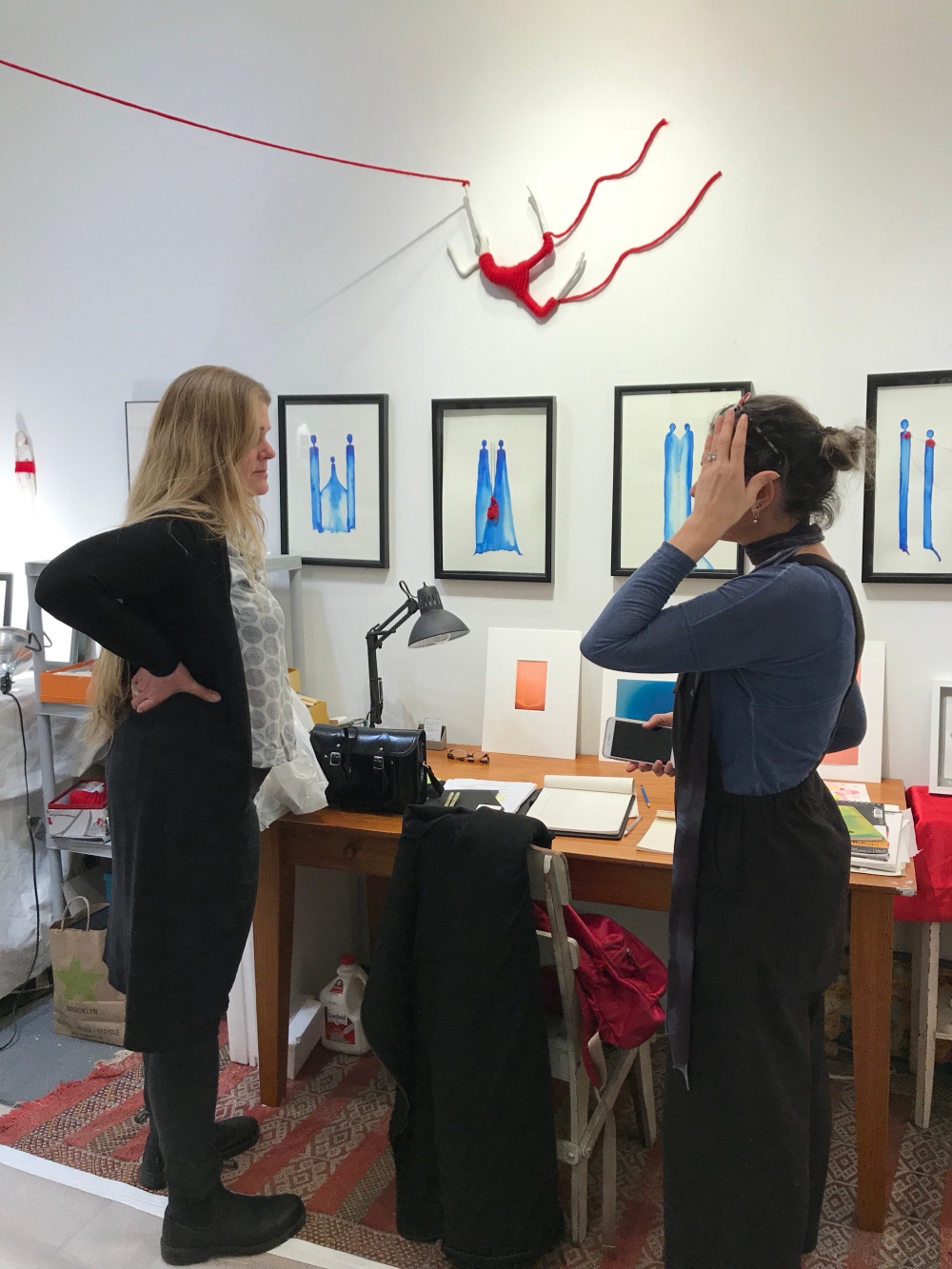 remainder of our stay, with visits to galleries and to Dara’s Studio in Brooklyn where we got to look at her work using string (see recent blog post).http://www.daraoshin.com

We also met up with artist, Spencer Merolla who also works with textiles (among other things), on a project called “Funeral Clothes Project” where she has arranged cloth garments into interesting displays. She also works with hair, and has her own passion for the Arctic having spent some time in Svalbard recently. http://www.spencermerolla.com/funeral-clothes-project/

While these adventures in New York did not develop further into an exhibit they helped lay the ground work for  the real goals of the NWAC. It also helped to reinforce the idea that the NWAC is not about monetary profit and gain, it is for the exploration of ideas about women and women’s roles in the past. We also feel that the NWAC should be a organic organized, developed by its participants with art work  by those involved. Our current ideas involve doing a small retreat somewhere to brainstorm  and organize a possible conference , maybe at Brown University followed by an exhibit.